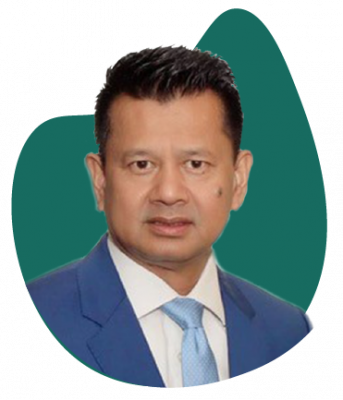 Jason Sara, a Cambodian refugee, migrated to Australia in 1976. Being in Australia without many community support and network did not prevent him to become a successful entrepreneur and a respected community leader in Melbourne. He is the company Director of In-Force Recruitment base in Melbourne. He has deep appreciation for Australia as it’s given him and his family opportunities to build what he has become.

Jason’s career span has been involved in many industries like being a general labour at the factories to staff in hospitality, Horticulture/Agriculture and construction. His extensive experiences from the past decades has exposed him to valuable experiences from understanding the aspect of functionality and process of doing business in Australia. Currently operating as a regional Labour Hire provider business in supporting Australia’s vast agriculture needs in human resource. Australian growers supplies of fresh fruits and produce to Australia and emerging economies in Asia is an important market and Jason’s operation play an important part in providing jobs to many communities and growing the economy of Australia.

He is passionate about business, community, and social work. He also the proud founder and President of the Australasian Business Association Inc. (ABA) which provide mentorship in business and friendship to communities in Australia. Further to his interests in giving back to community he is also the executive committee member of AUS Asia Business Council. Australia economy mixes of large numbers of small businesses play an important role in jobs and prosperity and that is one of the reasons he personally like to mentor new start-up companies to be successful and avoid obstacle in doing business.

He believes that the next generation of executives and entrepreneurs must strive to network broadly with business community of Asia and Australia.
Jason wishes to encourage more Cambodian locally and aboard to join AUS Asia Business Council as this will add strength and synergy

Be the First to Know!